Written by pet expert Melissa Kauffman. Melissa has spent 25 years following her passion for animals as a writer and editor in the pet publishing industry. Prior to starting her career in publishing, Melissa spent eight years working in veterinary hospitals where she assisted veterinarians as they treated dogs, cats, rabbits, pocket pets, reptiles, birds and one memorable lion cub. 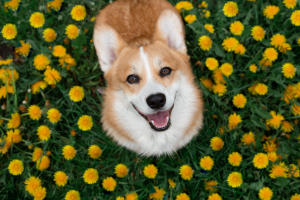 Finding the perfect name for your beloved dog can be fun, but also a little daunting with such a vast array of options to choose from.

There are many great theme ideas to draw inspiration from, one of which is the great outdoors. Taking some ideas from nature is a great way to find beautifully unique names and means even more to those dog-owners who love the outdoors.

To help you along, we’ve put together 100 + dog names inspired by nature. As you will see, some are male, female, or unisex, and some come from foreign languages. Still, all are inspired by aspects of nature or the elements and with a few specific breed suitability examples along the way.

One more for luck

Finally, here is one last idea that we can’t leave out – Zola. There are varying opinions as to the origins of this name, but many sources suggest that it derives from Latin and simply means ‘Earth.’ No better word could encompass the entire breadth of nature and all of its glory than the word ‘Earth’ – or a Latin variation of the same!